The worst part of a roller coaster — the eternal ride up that first hill.  Can you feel the chain catch the bottom as the car rolls onto it? Then clank-clank-clank – you’re on your way up! 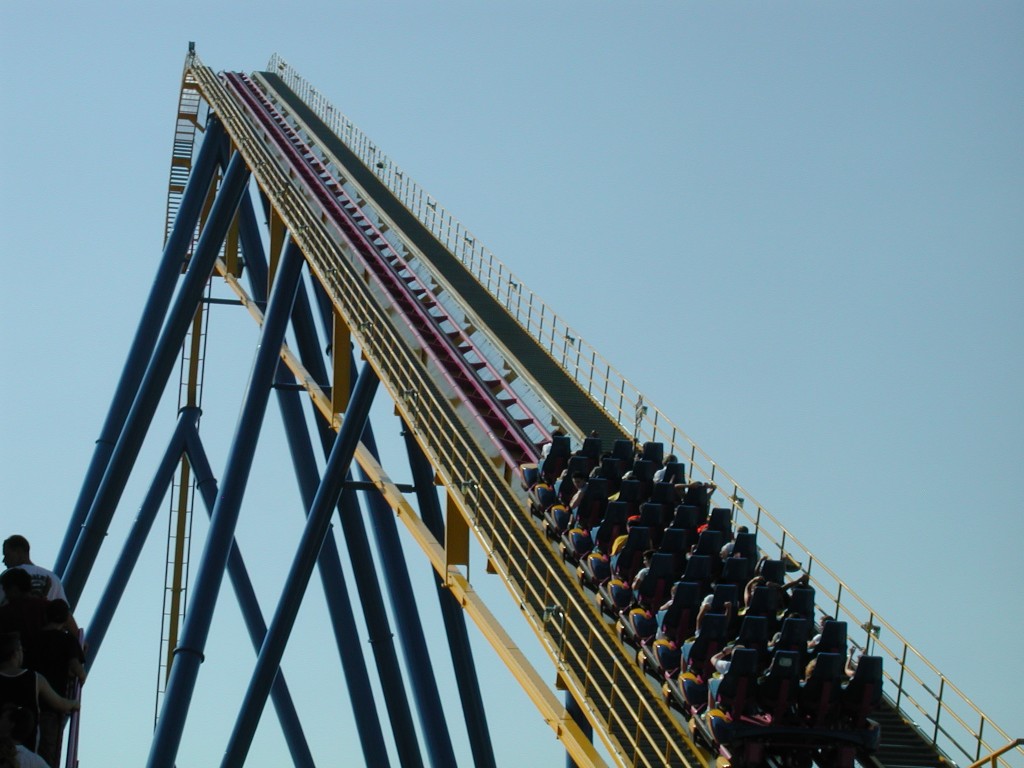 Fear overtakes you.  You think to yourself, “What was I thinking?!” You feel trapped, but there’s no turning back.

If you have any fear of roller coasters, just the thought of being harnessed into that ride makes your heart beat faster and grips you with fear.  Even though the ride has been thoroughly tested, people ride it every day, and you are safely strapped in, your whole system goes into panic mode. In spite of those realities, you are gripped by your fear.

The perfectionist feels the same way when he is about to push “Send.”  There comes a point, after his initial excitement about a new goal, project, or season of life, when he begins trying to follow through with his intentions.  He gradually becomes overwhelmed with all that it will take to follow through.  He may become paralyzed at the thought of continuing his pursuit.

He may want to bail–just walk away–but he values integrity too much to just go back on his word.  He feels trapped, dreading all that will be expected of him.

The problem is that this is all in his mind.  He is forgetting certain realities and blowing out of proportion his imperfections.

If you are a perfectionist, you may react to finishing your work in much the same way as someone going up that first hill.  You fear imperfection.  You feel trapped.  You feel like you don’t have what it takes to measure up.  You are paralyzed by the thought of your work being anything less than the best that is out there.

The perfectionist fears sending his work out because he is out of touch with certain realities.  Here are just three of the realities you may not be in touch with.

So, next time you hold back because it’s not perfect, think of the impact your imperfect contribution can make. Then go for it!

What other realities is a perfectionist out of touch with?  Have you ever struggled clicking “Send”? Comment below.