A Hammered Dulcimer, a Concert of Grace, and a split second on ESPN

Life has been the cliche crazy around here.  The blog has taken a back seat to a few things.

I want to share with you some of what’s been going on with me, but first, I wanted to introduce you to my new toy.

This summer, I picked up an instrument I’ve had my eye on for a while.  I’ve been interested in the hammered dulcimer, and I saw a friend of mine was selling it on Facebook.  So, I decided to give it a try.

It has been a blast learning to play this thing.  (just a few you tube videos, some knowledge about scales and intervals, and a bit of practice, and you pianists could be up and running on this thing in no time.)

The instrument has a beautiful sound, adds a good Appalachian flavor to the music. 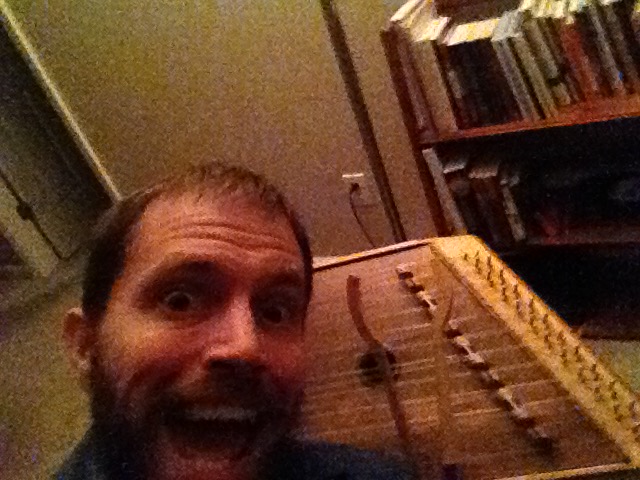 My new toy – a hammered dulcimer.

We have three songs in this year’s Christmas concert that will feature the dulcimer.

A Christmas Concert of Grace

I’ve been busy with all that goes along with planning a multi-layered Christmas Concert. It’s gonna be fun, with some choir music, orchestra, guitar and dulcimer numbers, and video conversations woven in with the music. (thanks to our choir and orchestra for their amazing work so far!)

The idea of a Christmas Concert of Grace is a bit of a play on words.  Not only will this be a music concert, but it will be a concert of grace, testimonies of grace woven together throughout the concert.  Various church members shared testimonies from their heart about God’s grace coming to us through Christ’s birth and how it has affected their lives.  These conversations will be shared throughout the concert via video.  We will also have a special concert of cardboard testimonies. 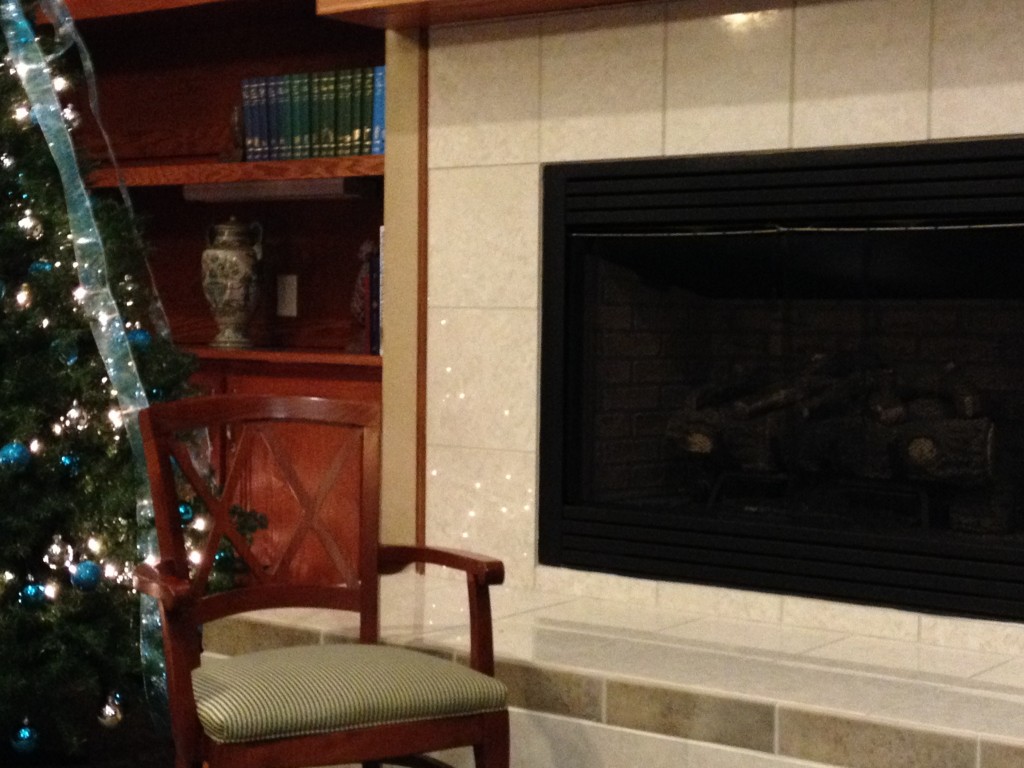 Rough look at the shot for the conversations from the camera angle.

Behind scenes look at light setup and camera. 2 halogen lights with 1/2 diffusion gels. 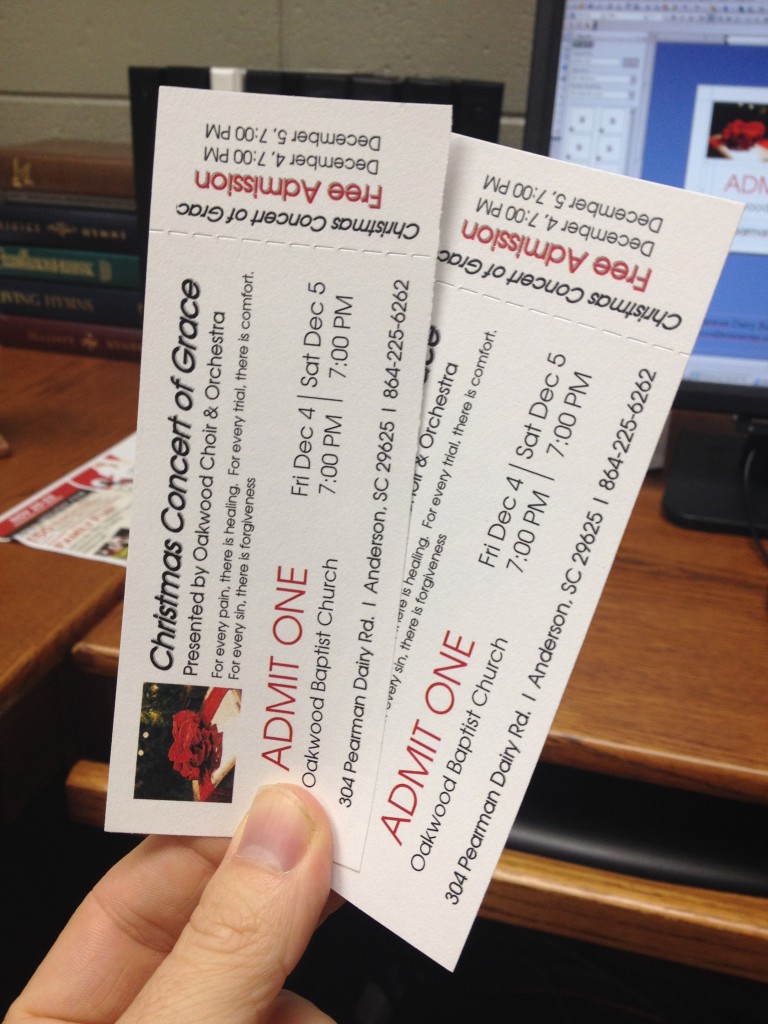 We’re using tickets this year. (Let me know if you want to come. We would love to have you!) 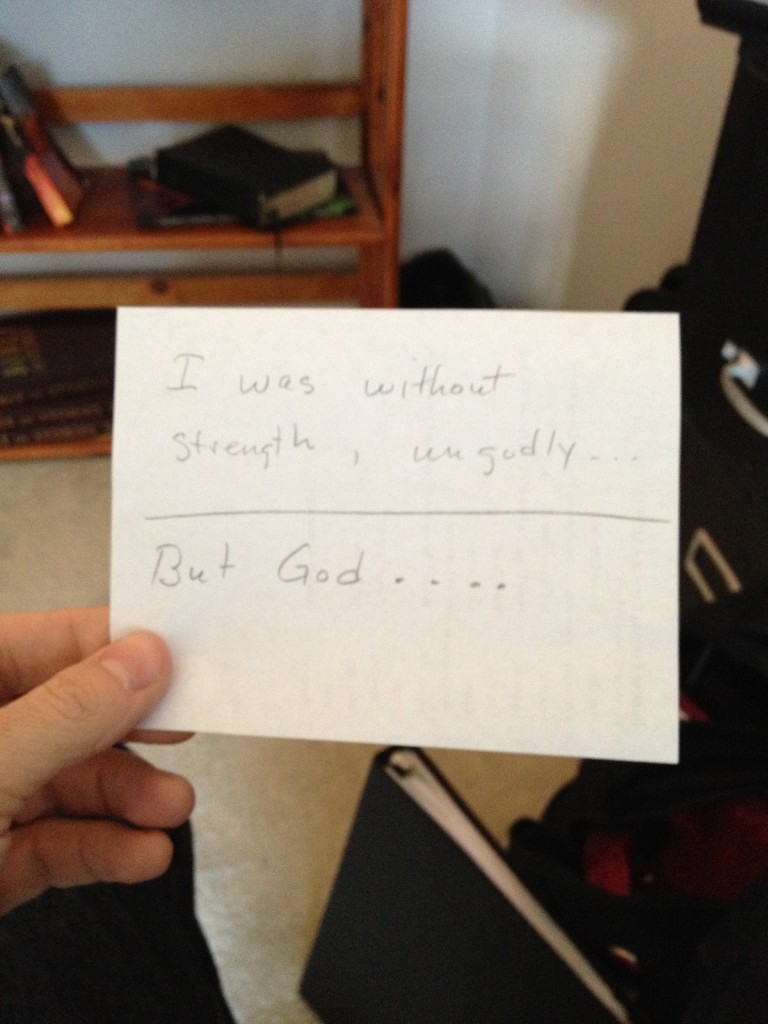 Submission by a church member for a testimony card. 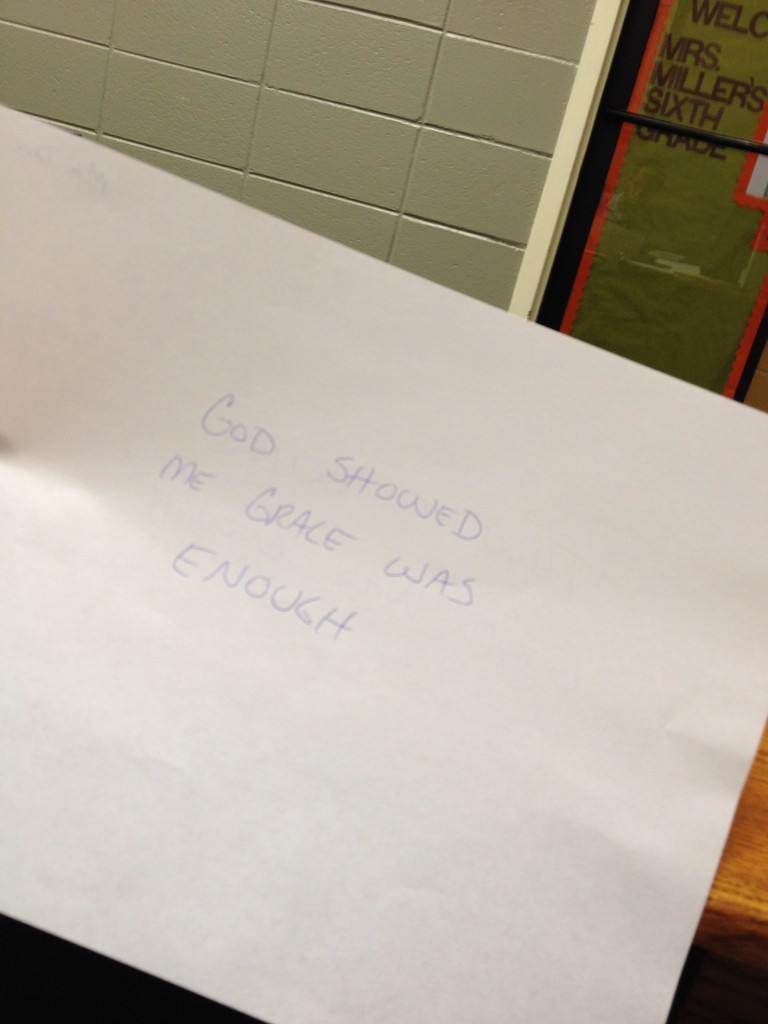 Submission by a church member for a testimony card.

As the Lord would have it, I will be moving to part time at our ministry beginning 2016.  I will continue on staff at Oakwood as the music pastor.

Needless to say, we have been preparing for the transition, and the Grace Runs Deep project has taken a back seat.

I still plan on moving forward with the project.  However, it will not be on my original schedule.  I look forward to sharing more about that with you as I am able to get that project moving forward again.  (Go here to get on the updates list for Grace Runs Deep.)

As I shared on the about page, I’m a Clemson fan, and I get it honest.

Last Saturday was Military Appreciation Day at the Clemson football game, and they always have the veterans come to the field during halftime.  Dad is a veteran, so he was on the field.

As the men and women were going back to the stands, many of them passed by the halftime interview with head coach Dabo Swinney.  As Dad was passing by, he pulled out his iPhone for a quick shot.

He was on ESPN for a split second, and it gave us a good laugh. Here’s a pic: 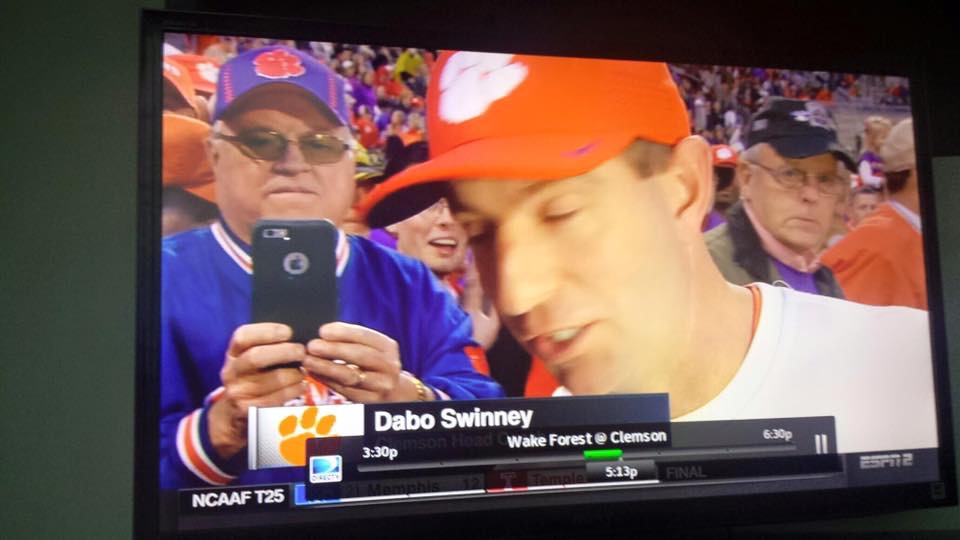 It was a lot faster than the picture makes it look.  (watch the video here.)

That’s it for tonight.

If you’re in the Anderson area, I would love to see you at the concert, December 4 & 5.

Let me know if you need tickets.

May God be praised!